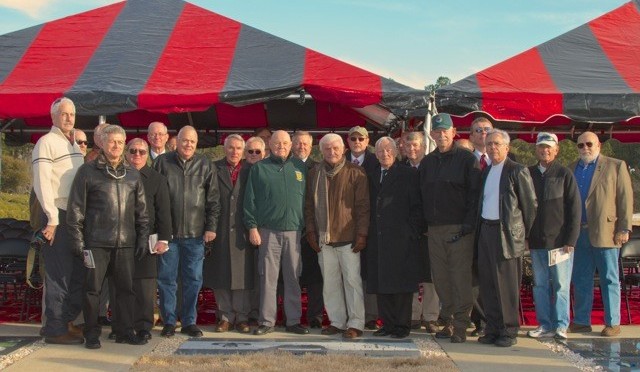 The Detachment”A” Memorial stone is in place and the colors were retired with dignity and honor. The dedication ceremony was outstanding, as was the Chicken Friday’s free event, both food and beers. Lots of folks had to cancel due to the weather, however the event was well attended, including Juan Renta, Rocky Farr, Ron Braughton, Jeff Raker, Carl Beene, Gene Piasecki, and many others.

The following article was posted by the Fayetteville Observer

The following article was posted by Stars and Stripes