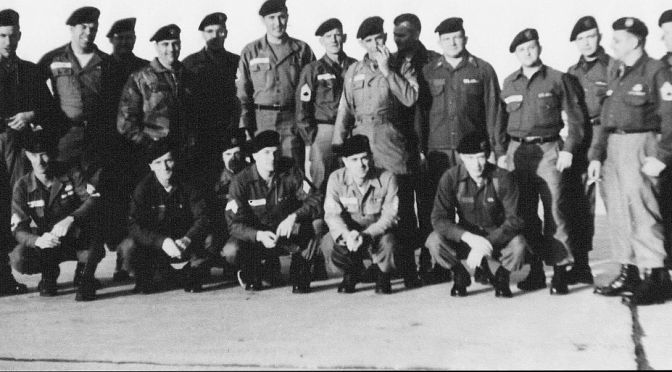 In 1956, six modified Special Forces Operational “A” Detachments from the 10th Special Forces Group (Airborne) stationed in Bad Tölz were relocated to West Berlin as the 7781 Army Unit (also known as 39th SFOD) and embedded within HQ and HQ Co., 6th Infantry Regiment. Each team was composed of one Master Sergeant and five enlisted team members. The overall OIC was MAJ Maltese and his XO, CAPT Barton. After several moves in 1958 the unit found its final home at Andrews Barracks, West Berlin, assigned to HHC, US Army Garrison, Berlin, with its new name – Detachment “A” (DET-A). DET(A) was a clandestine unit constantly on high alert status 24 hours a day. In 1962 DET(A) was separated from the Garrison and became Detachment(A), Berlin Brigade, US Army Europe, which it remained until deactivation in 1984.