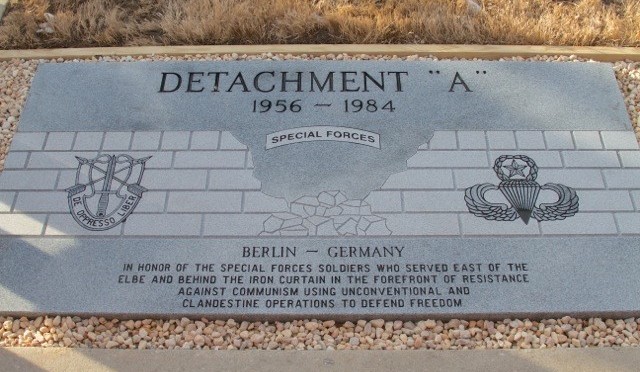 Jack Murphy from NEWSREP wants to write an article exclusively about Detachment(A) in Berlin to include its many missions during its existence.  This will be a  follow-up article to the short article he wrote and published on 27 April 2016 entitled Detachment A: the Cold War Sabotage Experts of Special Forces.

This follow-up article will contribute to the history Detachment(A) and most importantly to its history in Special Forces.

He would like to hear from Detachment(A) members, so if you are interested please contribute any and all of our many missions and stories to him.

Jack Murphy is an eight year Army Special Operations veteran who served as a Sniper and Team Leader in 3rd Ranger Battalion and as a Senior Weapons Sergeant on a Military Free Fall team in 5th Special Forces Group. Having left the military in 2010, he graduated from Columbia with a BA in political science. Murphy is the author of Reflexive Fire, Target Deck, Direct Action, and numerous non-fiction articles about Weapons, Tactics, Special Operations, Terrorism, and Counter-Terrorism. He has appeared in documentaries, national television, and syndicated radio.