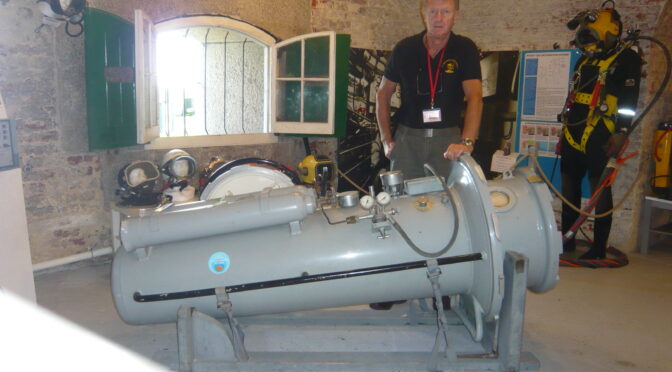 Les remembered well a visit by the guys from Det “A”  Berlin to his unit at Kiel in the 80’s.  They cross trained on each other’s Kit, worked and played hard.

The Royal Engineers  worked on diving and U/W demolition training  with Detachment”A”  at Kiel in the 80’s .  Detachment”A” members  then went on to train with the German Navy ‘ Kampfschwimmer’  at Eckenförde.

The Royal Engineers Diving Unit  were presented a plaque from Detachment”A” with a photo of the team which his old Boss Captain Tom Flower preserved. 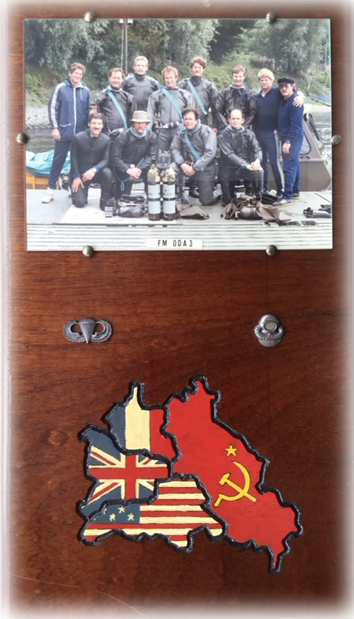 This is Major Rutherford with Detachment”A”‘  a Dräger one-man decompression portable chamber. 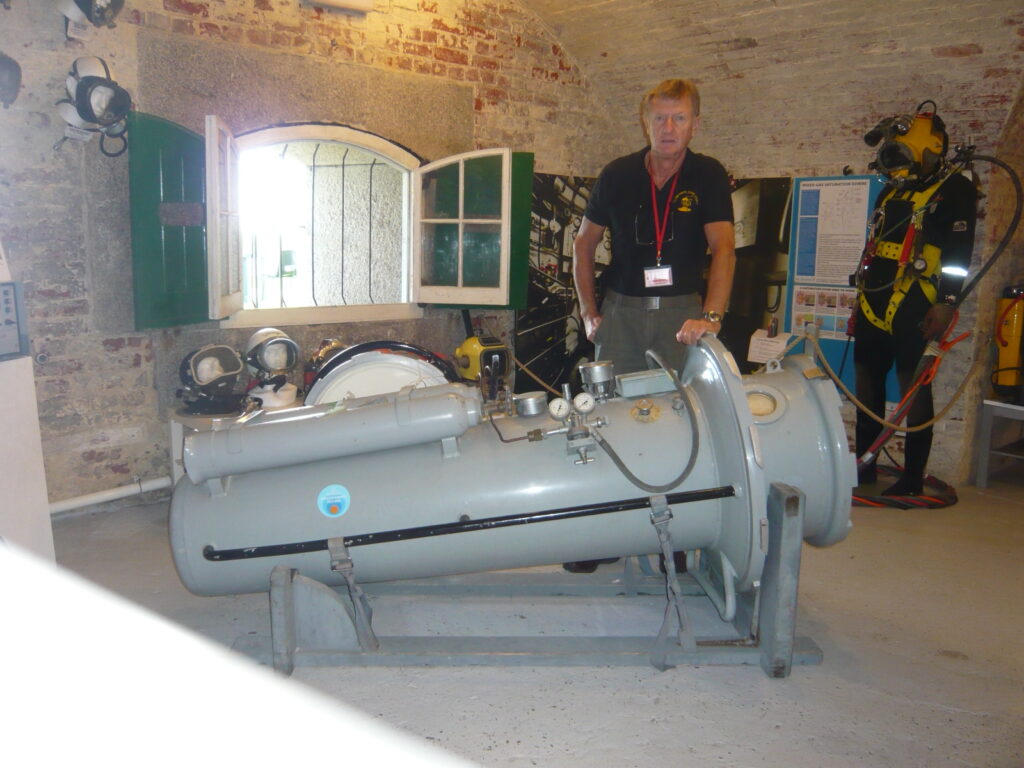 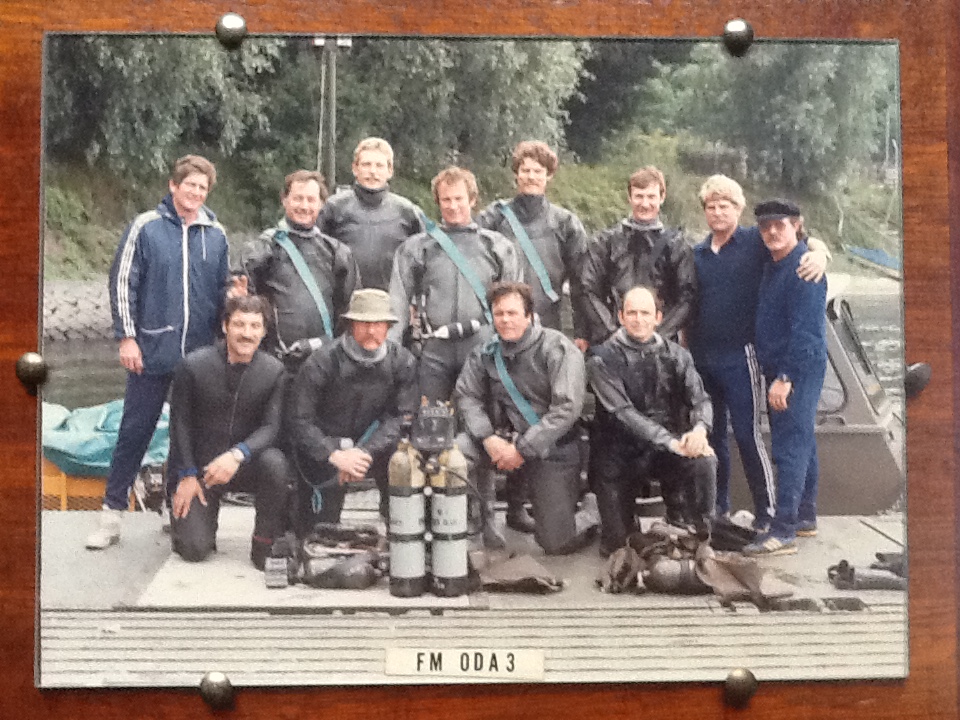