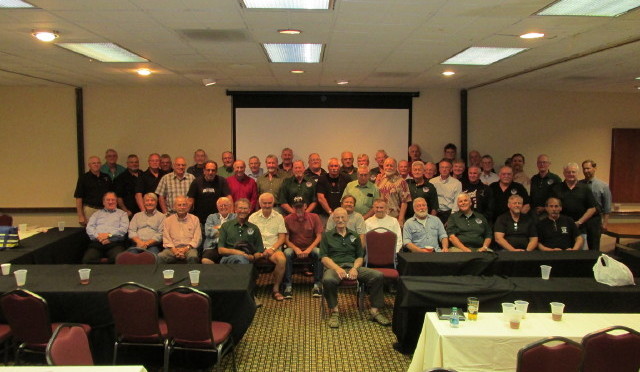 Our September 2015 function held in Asheville, NC was a huge success.

It began with an advance recon party arriving on Tuesday, 8 September consisting of Gil Turcotte, Rick Westbrook and Kim Kendle. Folks continued to filter in throughout the function.

The head count on Saturday, our main meeting, according to Mike Linnane stood at 90 folks.

On Friday SFA President Jack Tobin gave us an in depth update on SFA today and a glimpse of SFA tomorrow. His informative and wide-ranging lecture was greatly appreciated by all.

Then Roxanne Merritt updated us on the JFK Museum.

LTC Larry Niedringhaus II who is attending the U.S. Army War College in Carlisle, PA gave a comprehensive and informative speech on SF Operations today which was very well received. He will be receiving credit for the speech for his graduation.

Many thanks to Betty Amaker who set up the JFK Museum gift shop with a wide array of SF merchandise.

The absence of Jeff Raker due to his illness was deeply felt and he was sorely missed by all.

Mike Mulieri came through with his keg of beer.

Many thanks to you all for making this function successful.